June 2022 On June 18 & 19 at the Melbourne Convention Centre joined by our amazing partnering suppliers from Molicare, Abbott Nutrition, Saniflex, Cardinal Health, Avanos, Hollister and Ego Pharmaceuticals we had the time of our life at the Source Kids Disability Expo.

Thousands upon thousands of people attended this fabulous event, and the kids were not disappointed when they saw and interacted with our super inclusive tropical fish aquarium on display. We had the pleasure of advising families who visited our booth on how Surgical House can provide better outcomes in the NDIS space when it comes to supplying and educating on Complex Healthcare Consumables and Equipment.

It was a great event as per usual filled with fun, colour, information and activities for all. Well done Source Kids and we now look forward to the Perth event in October 2022.

Apr 2022 The clinical team at Abbott Nutrition were at Surgical House running specialised presentations on The Care and Management of Gastrostomy Tubes & Devices for the NDIS Participant and Home Care Customer. Surgical House customer service team joined a host of other allied health professionals from numerous NDIS & Homecare provider groups for this very in depth multi session training opportunity.

There will be a continuation of this very training in coming months so stay tuned !! 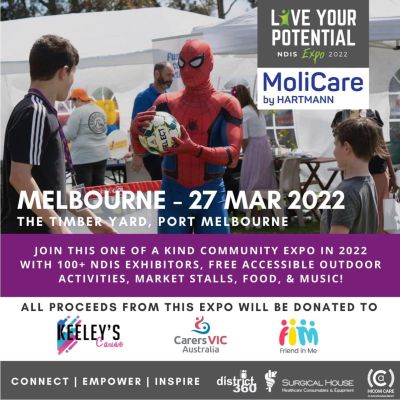 Mar 2022 Held on March 27 @ The Timber Yard in Port Melbourne with over 70 sponsors and providers present. Just like previous expos held in Perth under the Live Your Potential banner the event was unique in that it is the only truly inclusive community event held in Melbourne, with a ton of activities both inside and out appealing to people of all ages. We even had the Hon Bill Shorten opening the event.

Where to next for Live Your Potential is unknown and exciting all at the same time.

Jan 2022 Dean from GOSAC (Give Our Strays A Chance) reached out to Surgical House once again this week asking for help so that he can help the animals impacted from the recent horrific bushfires in our South West.

This amazing 18 year old and recent winner of the Australia Day Community Young Citizen of the Year Award is doing incredible work helping Animal Shelters who have been inundated with injured and severely burnt animals from the recent the south west bush fires. We were happy to help, which is the least that we can do. Nov 2021 Surgical House and District 360 Supports had the absolute honour of handing over all profits from the recent Live Your Potential NDIS Expo to the very worthy charities of Hannah's House and Carers WA.

We want to thank Mayor Patrick Hall - City of Canning and the City of Canning for getting behind this truly unique Inclusive Community Event. Nearly $12,000 raised from an event which was filled with education, information and fun for all those who attended.

The message of the Live Your Potential NDIS Expo now shifts to Melbourne and fingers crossed we can do it all there in March 2022. 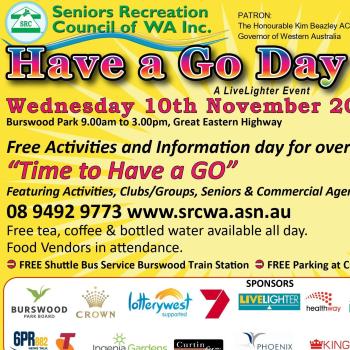 Making Nutrition Fun at the “Have A Go Day”

Nov 2021 Surgical House had a great day at the annual "Have A Go Day" community event @ Burswood Park.

We had so much fun at our marque handing out Ensure Mocktails, Biscotti made with Nutreat Pro 40 and yummy Screamies from Flavour Creations. Educating attendees about Nutrition was top of mind for the day and by 3pm every sample was consumed which pleases us to bits.

Special thanks to Melissa at Abbott for helping us setup and making the day a great success. 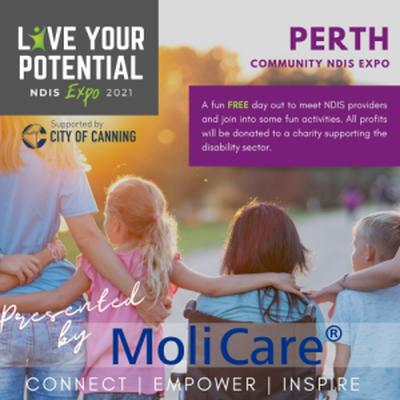 The expo was held on October 5 at the Cannington Exhibition Centre & Showgrounds with over 70 providers present on the day. The event was unique in that it is the only truly Inclusive Community Expo held in Perth, with loads of activities both inside and out appealing to the young and the young at heart.

We now look forward to hosting the event in Melbourne in March 2022. 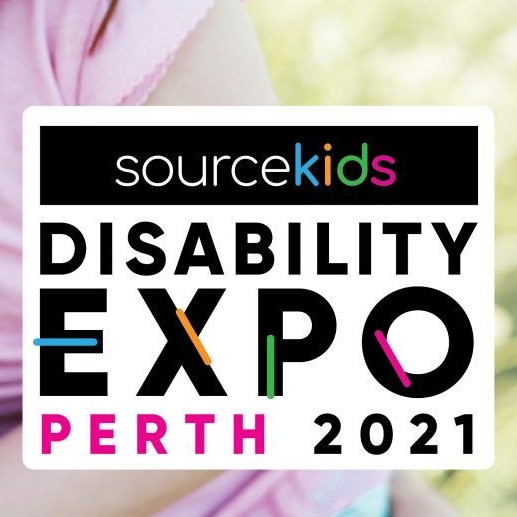 We met so many new and existing customers over the two days, and with the help of our friends from Cardinal Health, Ego Pharmaceuticals & Kimberly Clark, to name a few, we were able to further educate and provide good outcomes to all those who ventured into booth 76.

It was a great event filled with fun, colour, information and activities for all. Well done Source Kids and we hope to see you back in 2022.

Aug 2021 On Friday the 6th of August Home Instead held a special BBQ in Kings Park to celebrate Aged Care Employee day (7th of August).

Surgical House’s Home Care customer service team were their supplying and cooking the yummy snags for over 70 care givers to enjoy on what turned out to be a perfect sunny day.

Thanks to Nadia & the incredible team @ Home Instead for putting on such a great event. 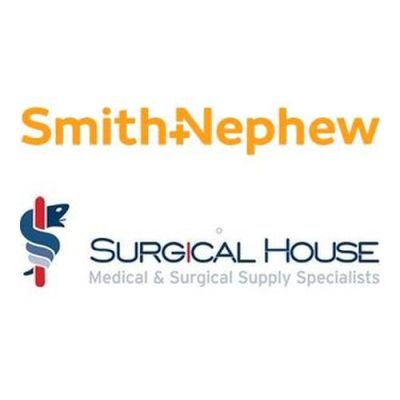 Training in Prevention & Healing of Wounds

Aug 2021 The clinical team at Smith & Nephew were at Surgical House in early August running specialised training on the Prevention & Healing of Wounds.

Special thanks the Catherine, Grant and the team for providing such high in demand training. May 2021 Surgical House had an absolute blast exhibiting at the ATSA Perth Independent Living Expo.

We met so many people from all walks of life and all of them had fun entering our free competition of guessing the number of "Skittles in a Jar". The winner not only won the Jar full of Candy Goodness but an amazing Indulgent Hamper from @theherdsmanmarket .

We were also busy shaking the tin and raising funds for our friends at @hannahshouseperth who do amazing work providing Care, Comfort and Joy for Children with Life-Limiting or Complex Conditions. 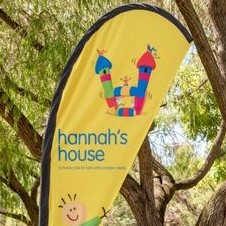 Apr 2021 Surgical House was very honoured to be invited by Hannah’s House to attend their Adventure World day which they put on thanks to many sponsors for all their families.

It was great to meet the Hannah’ House founders Martin & Jacky whose daughter Hannah was the very reason this truly special organisation exists, and a more inspirational couple you won’t meet.

We had so much fun meeting all the kids and families attending on the day, and even though the temperature soared about 38 degrees it was truly smiles all round.

Attended by their team of nurses, support workers and clinical members, with guest speakers Kim Gelman from Coloplast discussing wound care, and our very own Equipment Specialist Mellissa Menezes speaking on pressure management. The training was followed by a networking meeting in our boardroom and a very lovely breakfast indeed.

It was a great morning and we cant wait to have Hannah’s House back soon to do it all again.

Heroes of the Recent Perth Bushfires

Feb 2021 Dean from GOSAC (Give Our Strays A Chance) reached out to Surgical House this week asking for help so that he can help the animals impacted from the recent Bushfires in Perth.

This amazing 17 year old and recent winner of the Australia Day Community Young Citizen of the Year Award is doing incredible work helping Animal Shelters who have been inundated with injured and severely burnt animals from the recent the Wooroloo fire. We were happy to supply syringes which is the least that we can do. 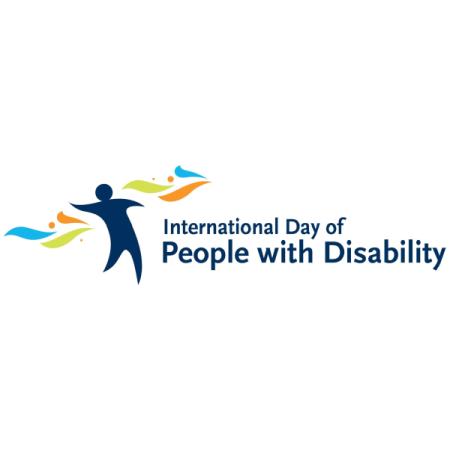 International Day of People with Disability

Dec 2020 Surgical House celebrates International Day of People with Disability by attending a host of events throughout Perth.

We saw many existing friends along the way, but more importantly we met many new amazing people who were all so willing to share their stories with us. Well done to all who hosted events on this very special day. 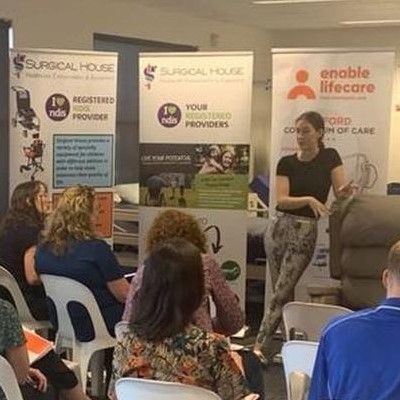 Thank you Miki for sharing your in depth knowledge to us all which will no doubt help so many. 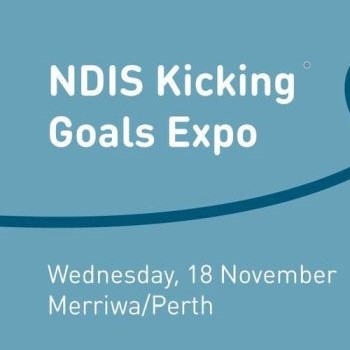 Nov 2020 Surgical House exhibited at the Plan Partners NDIS Kicking Goals Expo. We took an opportunity to meet a host of NDIS providers doing amazing work in the sector.

This was an opportunity to show case Surgical House NDIS offering. We proudly presented our paediatric range of products. 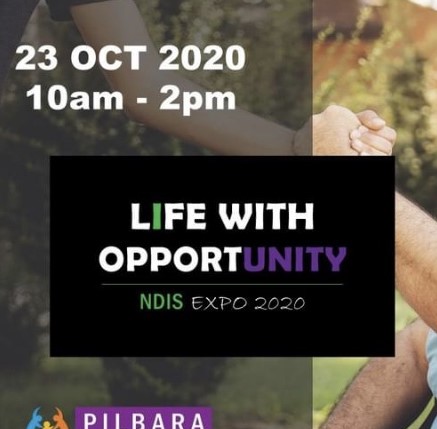 Oct 2020 Surgical House was very honoured to be in Karratha on Friday 23 October 2020 as an exhibitor at the Life With Opportunity NDIS Expo.
Well done to Sonali @ Pilbara Plan Management Service and all involved in bringing together so many NDIS service providers to create a fantastic community event
Better serving NDIS participants in the Pilbara region was something everyone felt so strongly about, and we are certain this event will only get bigger in years to come.

Live Your Potential NDIS Expo is Now Back On !!

Sep 2020 Surgical House along with co-organisers NDSP and a host of sponsors and exibitors hosted Live Your Potential NDIS Expo. We would like to thank everyone who attended the Inaugural NDIS Live Your Potential Expo on Friday 18 September, 2020.
To Tanya @ District 360 Supports & Neil @ NDSP a special thanks from the bottom of our heart.
To Hannah's House & Rebound WA don't ever stop the incredible work you are doing, and we were honoured to work alongside you.
To all our sponsors, exhibitors and volunteers you are amazing and without you none of this could of happened.
To Mix 94.5 thanks for the fun & the music.

Stay Tuned for the Sequel !!

Aug 2020 Surgical House in partnership with NDSP Plan Managers proudly hosted A Free Professional Development Day for NDIS Support Team and Front-line staff.
Surgical House would like to thank all the NDIS front line staff that attended our NDIS Live Your Potential Workshop on Wednesday August 26, 2020 making the day a huge success.
A special thanks to NDSP & District 360 Supports in helping organising, and an even bigger thank you to our magnificent sponsors & educators from Coloplast, Smith & Nephew, Abbott Nutrition, Hartmann, Carilex & Ego Pharmaceuticals.

Oct 2019 Surgical House exhibited at the 2019 Abilities Expo. The Abilities Expo was good opportunity for people with disability, their families and carers to find out more about the services they can access and the organisations that provide those services. Our XBOX Adaptive Controller ignited some serious gaming action and provided lots of fun for everyone. It was a very enjoyable day for us and for people that visited. We hope to see you all on the next expo.

Golf day ambassador, 44-year-old Brendan Ryan, was left with an acquired brain injury after receiving treatment for Leukaemia as a teenager, which saw his ability to communicate and engage with those around him deteriorate.

That was until Rocky Bay introduced Brendan to the Eye Gaze. The equipment translates all touch, gestures, clicks, keyboard strokes and side swipes into actionable commands using only shifts in a person’s eye gaze.

Not only can Brendan now communicate more effectively, he also has more control of the environment around him simply by accessing a range of gaze-enabled environmental controls.

The system makes NDIS ordering and management a breeze. Gain full visibility in your spending against the budget. Check budget expiration and funds that are available to purchase products and services from Surgical House.

Sep 2019 Surgical House attended REHACARE 2018 in Dusseldorf, Germany. With over 900 exhibitors from over 30 countries are expected to attend. The trade show covers the medical device industry, a huge exhibition of adapted vehicles for disabled people and the REHACARE conference with a focus on ‘digitally shaping our lives’. 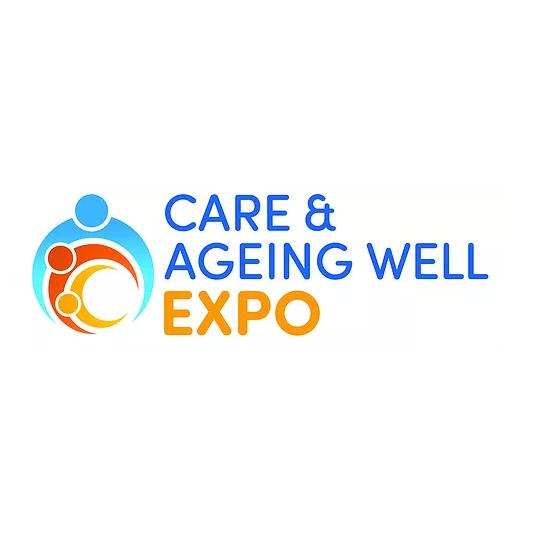 Aug 2019 Surgical House exhibited at the 2019 Care and Ageing Expo in Perth on August 3rd and 4th. The Western Australian Care and Ageing Expo is a showcase of the products, services, information and education available for the care and support of the ageing Australian consumer. The Expo provides a comprehensive source of information to the Western Australian consumer to enable them to make an informed choice about all things aged care - whether people are just starting to understand the journey of caring for loved ones or looking at how they can be better prepared for the future.